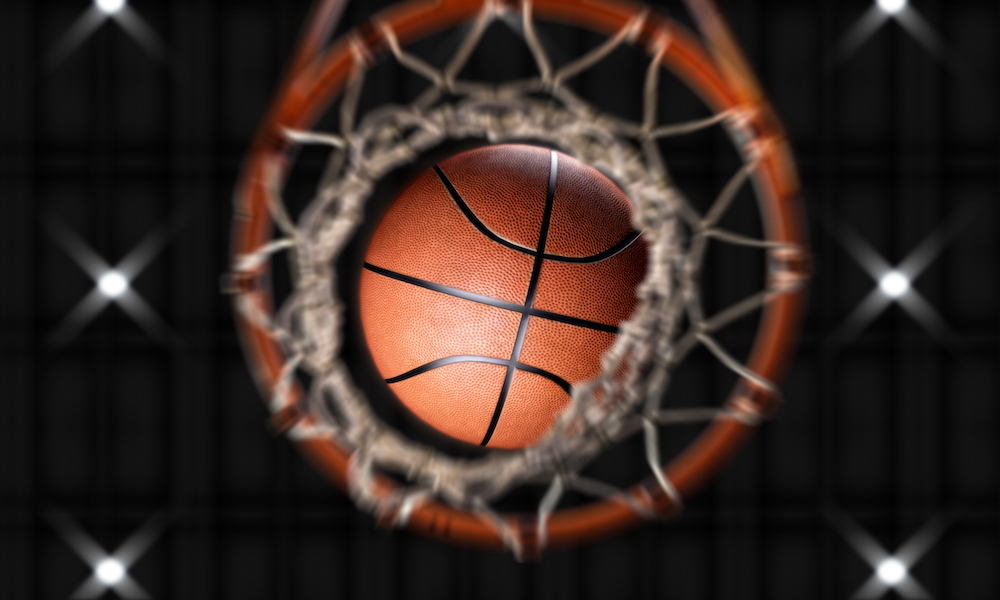 Even if you’re not a pro baller, take precautions to avoid damage, while on the court.

You might not think of basketball as a dangerous game, but injuries in the sport are common. The most serious aren’t often from direct contact (although a finger or elbow to the eye can definitely hurt) but, rather, due to the twisting, turning or fast movements that occur on a hard surface and without protective gear. Injuries that end professional players’ careers usually don’t occur in one devastating moment but, instead, are slowly caused by wear and tear. Or, they are nagging injuries that remain troublesome as the years pass, leading to eventual early retirement.

Pros aren’t the only ones who are susceptible to such problems. If you like to shoot hoops, read on to find out about common basketball injuries and how to prevent them.

From torn anterior cruciate ligaments to fractured kneecaps, knee problems are rife among National Basketball Association (NBA) players, who had their careers cut short. Rookie of the Year and three-time All-Star Brandon Roy had to end his career in 2013 due to degenerative knees, even after arthroscopic surgery, as the years of playing ball had worn away his cartilage.

To prevent knee injuries, make sure your leg muscles are strong enough, before getting out on the court. Stretching and warming up are key to loosening you up. Kneepads may help avoid injury, as well, and if you’re prone to knee problems, wear a brace.

The high-impact aspect of basketball is rough on your feet, due to all the jumping and landing. This is especially true for the pros, who are often very tall and, therefore, have a lot of weight coming down on their feet. The Houston Rockets’ Yao Ming, a 7-foot-six superstar from China who suffered many fractures of foot bones, developed the bacterial infection osteomyelitis, which sometimes occurs after injury. His career ended, after a navicular stress fracture, which affects the bone at the top of the foot’s arch.

“With any impact sport, especially basketball, the constant running and jumping put a significant stress on the feet,” says Eric Tan, MD, a foot and ankle specialist at Keck Medicine of USC and associate professor of clinical orthopedic surgery at the Keck School of Medicine of USC. “Supportive shoes, cross-training and a healthy diet are effective ways to limit the risk of injury. If an injury occurs, make sure to take the appropriate time off and you are fully recovered, before coming back. Rushing back from an injury is a common reason that an acute injury becomes a chronic problem.”

To prevent foot injury, make sure you wear shoes with a lot of shock absorption. A foot injury might not just end your ability to play basketball but also your ability to walk. So if you have pain, stay off the court and see your doctor.

Debilitating back injuries in basketball can result from the twisting motions the game requires, as well as repetitive stress on your spine. Take the Cleveland Cavaliers’ Brad Daugherty, who was forced to retire in 1994, after recurrent back problems including a herniated disc in his spine. NBA great-turned-broadcaster Bill Walton suffered a spinal injury in college that plagued him throughout his short pro career. He finally had surgery on his back, after dealing with excruciating pain for decades.

To prevent back injury, know your limits and don’t overdo it, as many back injuries are the result of overuse. Make sure to warm up, using dynamic stretching, which uses motion to loosen muscles. If you experience any back pain, don’t try to push through it. Instead, rest, apply ice or heat, and contact your doctor.

One twist the wrong way, coming down hard or rolling your foot, and you’re headed for an ankle sprain. After injuring his ankle, Grant Hill, then with the Detroit Pistons, continued to play for the rest of the season, even though his ankle turned out to be broken. Eventually Hill had five surgeries to repair it, but his career was cut short due to lingering problems caused by the prolonged injury.

“Even though an ankle sprain is a very common injury to the basketball player, they should not been taken lightly,” states Tan. “Neglecting an injury to the ankle increases the risk of sustaining another injury. With subsequent injuries, the ankle may become unstable and require surgical intervention.”

Shoe support is crucial for preventing ankle injuries, so choose well-fitting sneakers with grip to prevent slipping and high-tops for ankle support. You can also tape up your ankle or use a brace. Ankle injuries can lead to more problems in your knee, hip or back, as you unevenly distribute your weight, so it’s important to get any problems treated right away.

Although ankle and knee are the most prevalent types of injuries in basketball, damage to the leg bone itself (tibia) occurs, as well. Perhaps best known as the man who was drafted ahead of Michael Jordan, Sam Bowie had an early end to his career because of leg problems that began with a stress fracture in college. During his rookie season, he again broke his tibia and had to be carried off the court on a stretcher. Further injuries followed, leading to his early retirement.

Although Bowie’s injury was rare, you may be more likely to experience “shin splints,” which is pain around the tibia caused by repetitive motions or overuse. To prevent them, make sure your shoes are shock-absorbing, and replace them after about 75 hours of use. Also, it may be best to vary the types of exercise you do, switching from high-impact basketball to lower-impact biking or swimming.

When is it too hot to exercise outdoors? Here are doctor-approved tips on how to avoid heat exhaustion when exercising...
Read more

Dr. Weber is an orthopedic surgeon at Keck Medicine of USC, who specializes in sports medicine, arthroscopic surgery and shoulder...
Read more

Everything You Need to Know About a Torn Meniscus

The knee plays an important role in your mobility, but this common injury can lead to a host of symptoms,...
Read more

Common Ice Sports Injuries and How To Prevent Them

Learn how to protect yourself and your children from injury while enjoying these winter sports. Ice-skating can be fun at...
Read more

Frank Petrigliano, MD, is an orthopedic surgeon at Keck Medicine of USC and the head team physician for the Los...
Read more

Common Youth Sports Injuries and How To Prevent Them

As more young people get involved in sports, more end up in the emergency room with a sports-related injury. Here’s...
Read more
navigate_before Previous navigate_next Next
calendar_todayRequest an Appointment phoneCall Us: (800) USC-CARE searchFind a Provider placeFind a Location