What You Need to Know About Nosebleeds 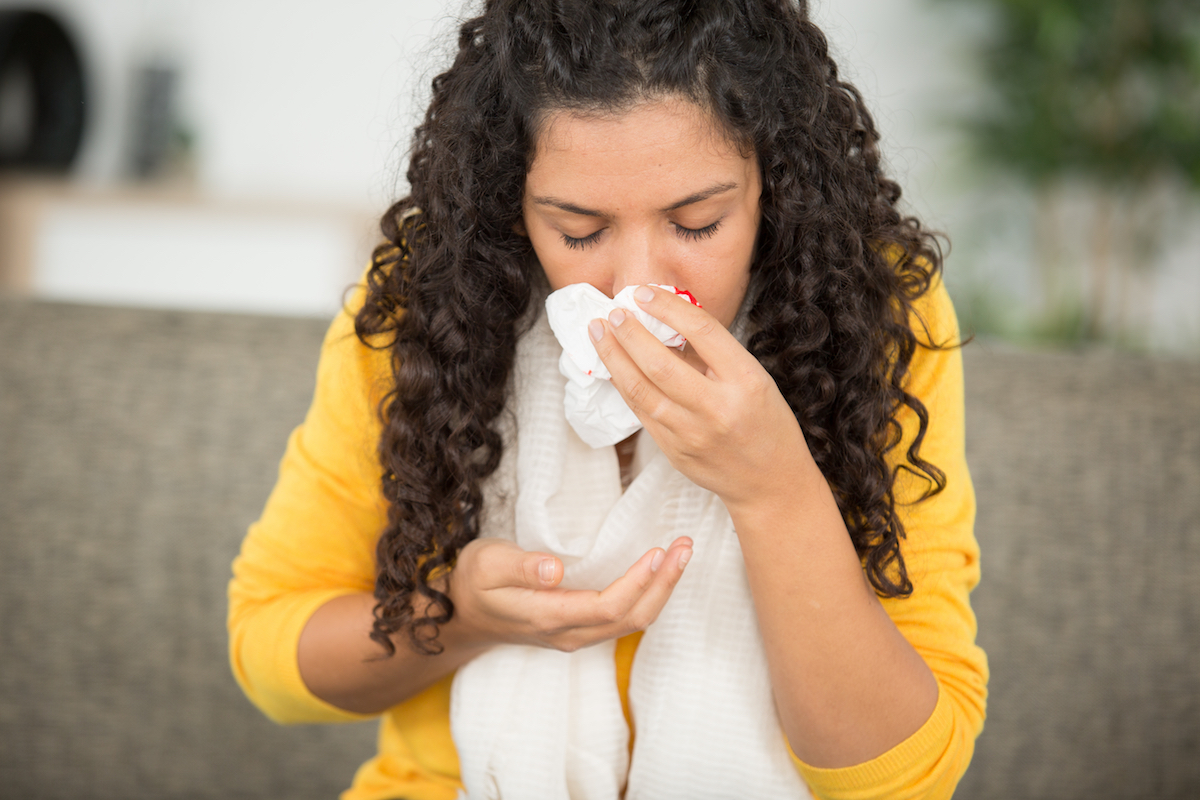 If you’ve been tilting your head back to stop a nosebleed, you’ve been doing it wrong. Read on to learn the basics about nosebleeds and when you need to see a doctor.

Nosebleeds are a fairly common — and generally not too serious — occurrence. Though the first drops of blood may take you by surprise, a bloody nose doesn’t usually cause much harm. Occasionally, though, it can indicate a more serious condition. Here are some of the basics on nosebleeds.

“Nosebleeds are usually caused by dryness or trauma, such as picking or scratching your nose, that damages the walls of small blood vessels within the lining of your nose, causing them to bleed,” says Kevin Hur, MD, a rhinology specialist at Keck Medicine of USC.

The tissue that lines the inside of the nose is full of small blood vessels that help warm and humidify the air we breathe, so they sit close to the surface of the membrane. Nosebleeds often happen in the winter, when indoor air is heated and mucus in the nose becomes crusty.

A strong sneeze or a big nose blow may irritate the crusty mucus in your nose and cause a nosebleed. Sometimes, allergies and colds can also be a culprit.

Can you get a nosebleed in both nostrils?

A nosebleed can occur in both nostrils, but it usually just happens in one.

Posterior nosebleeds may also occur after a blow to the face and may signal internal bleeding. In a posterior nosebleed, the blood flow may start high in your nose and run down into your throat.

Frequent nosebleeds may indicate an underlying medical condition, such as a deviated septum. The septum, or the bone and cartilage in your nose, divides your nasal cavity in two. The two sides are frequently unequal or deviated. A crooked septum can impact your sinus drainage, leaving you vulnerable to sinus infections, nosebleeds and difficulty breathing.

Other potential causes of recurring nosebleeds include medications, such as aspirin, tumors or aneurysms. “There are several possible causes of frequent nosebleeds that can include genetic, infectious, anatomical and environmental,” says Dr. Hur, an assistant professor of clinical otolaryngology – head and neck surgery at the Keck School of Medicine of USC. “If you have frequent nosebleeds, you should see a health care provider for further evaluation, to determine the cause.”

How do you stop a nosebleed?

Most of the time, it’s easy to stop a nosebleed. “Apply pressure by externally pinching the side walls of your nose together with two fingers for 15 minutes to compress any blood vessels that may be bleeding,” says Dr. Hur.

“You can also try spraying a decongestant, such as Afrin, into both nostrils before pinching your nose to help constriction, but do not place tissue paper or other objects into your nose; it may further traumatize the blood vessels,” he says.

You should also sit up, lean forward and allow the blood to come out of your mouth instead of swallowing it. It is not dangerous to do so but it may cause an upset stomach or vomiting, while you’re trying to stop your nosebleed.

If applying firm pressure does not stop the bleeding, you should seek emergency medical attention right away.

How can you prevent nosebleeds?

In most cases, prevention goes a long way. In the winter, when your heat is on, use a humidifier in the bedroom to moisturize the air while you sleep. When you sneeze, open your mouth. If you’re a smoker, seek help in cutting down and stopping your cigarette intake.

Connect With Our Team

Get personalized ear, nose and throat care from our USC Caruso Department of Otolaryngology – Head and Neck Surgery specialists. Our team treats a range of conditions, including allergies, sinus and nasal disorders, sleep apnea and more.
Learn more

The pain and pressure of a sinus infection is nothing to sneeze at. Here’s how to know if you have...
Read more

5 Things to Know Before Choosing a Hearing Aid

Our expert audiologist shares tips on how to pick the best hearing aid for you, including what types of devices...
Read more

What Can Cause a Loss of Taste and Smell?

Several viruses and health conditions, including COVID-19, could be the reason for your loss of taste and smell. A bouquet...
Read more

It’s not just lawn mowers and leaf blowers that can impact your hearing. Find out about ordinary sounds that are...
Read more

From viruses to lactose intolerance, there are a number of causes that might be behind this unpleasant symptom. Most people...
Read more
navigate_before Previous navigate_next Next
calendar_todayRequest an Appointment phoneCall Us: (800) USC-CARE searchFind a Provider placeFind a Location